The age range for this Competition is slightly different to that of the Hills’ Competition. The eligible age range is September, 2008 to August, 2011. To be eligible to trial players must be playing in a ‘live ball’ Competition, Bergan, Leonard or Catt Leagues.

There is confusion re the eligibility of nine year olds to play. My guess is that this will be their final year of eligibility.

Hills will enter two teams in this Competition, the teams will be of equal strength. Only 12 players will be selected in each team. This is a ‘trade off’ between two less players having the opportunity of selection and greater participation for the 24 selected players. Otherwise, the minimum participation in LL Championships is one ‘At Bat’ and one Fielding Innings. There is no use thinking that this won’t happen to your child because it most probably will.

Date of State Championship is 16th to 19th April, 2020 at Aquatic Reserve, French’s Forest. Cost is estimated at $120. There is no National LL Championship for this age

Players who unsuccessfully trialled for LL Representative team are eligible for Selection.

Trials for the Junior LL Representative team will commence on Sunday 2nd February, 2020 at Castle Glen 1 commencing at 1:00pm sharp.

The eligible age range is September, 2005 to August, 2008. To be eligible to trial players must be playing in either Hay or Street Leagues and played 60% of the scheduled games (estimated at 12).

Hills have to enter two teams in this Competition, the teams will be of equal strength. Our initial aim it to have competitive teams for the LL State Championship as we can control those costs.
I fully understand the Financial demands of participating in LL National Championships, especially for those players who have attended both the LL and Intermediate National Championships in the last two years. With that in mind, Hills will not insist on either team attending the National Championship if it qualified. That decision will be made by the successful team.

Should we have insufficient players to form two teams (minimum of 24) then we will not enter one team in the State Championship as, based on last year, the team would not be included in the main draw. Last year’s experience in the Junior LL Loser’s Pool was unsatisfactory.

Please note that the minimum participation in LL Championships is one ‘At Bat’ and one Fielding Innings.

The National LL Championship for this age will be held between 5th and 9th May, 2020 in Adelaide. The estimated cost for that Tournament is $2,300 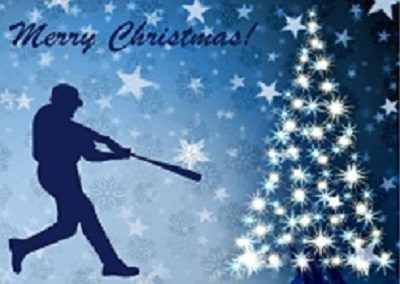 A message from Hills

Trials for Hills Major Little League will be held at Castle Glen commencing at 9:00am on Sunday the 1st December  and again on 8th and 15th December before breaking for Christmas Holidays. Players must pre-register for these trials.

Registration is to include player’s name, DOB, Club and two preferred playing positions. This registration is to be forwarded by email to johnyardhere@yahoo.com.au by Thursday 28th November.

To be eligible players:

(ii) Must be playing in Hills’ Competition in Catt or Leonard Leagues. Note: Bergan League does not qualify as a LL Charter, players in that Competitions are eligible for Minor LL.

(iii) Must not have changed Clubs or Associations since Season 2018/19, without changing Residential Address. Those players who have formal recognition of ‘Friendship status’ are exempt of that Rule.

Should players miss a trial the process will be that if a player ranked above them is cut, so too will the player who has missed the trial.