Majestic Pants Sale. (Ends Sunday May 10)
The club has purchased a limited amount of MAJESTIC white baseball pants at a heavily discounted rate. They were one of the top professional baseball pants in the USA and all Australian team players wore these pants in world tournaments.
If you are wanting a pair or two or three you need to measure precisely. Do not go by what your previous pants size was. The pants range we have are from Youth medium to 3XL. Please, don’t guess your size, you will get it wrong. The sale price is half the price that you would pay for these pants at retail. These pants will not fit most under the age of 12.
All you need to do is measure up, email or text me with your order, bring your credit card and drive by my home at 4 Falkirk Court Kellyville. Ring me once you’re here and I will deliver the goods to your window (corona free)
The club has a few hoodies and coaches slickers as well. The hoodies are larger than the normal size. Perfect now for winter if you don’t have one.
Again, this is all you need to do:
1) Know your exact measurement; do not guess from previous pants.2) Send me, Mark Maguire, an email or text message with your order and approximate day (morning/afternoon/evenng) you’ll drive by to pick up.3) Bring your credit card to tap on the clubs terminal.4) Text or ring when you are in the driveway of 4 Falkirk Court, Kellyville5) Pants will be given to you in your car.
***There are limited numbers in some sizes and they may go quicker than others***
All the best
Mark Maguire0452 663 473
president@castlehillbaseball.com.au

The age range for this Competition is slightly different to that of the Hills’ Competition. The eligible age range is September, 2008 to August, 2011. To be eligible to trial players must be playing in a ‘live ball’ Competition, Bergan, Leonard or Catt Leagues.

There is confusion re the eligibility of nine year olds to play. My guess is that this will be their final year of eligibility.

Hills will enter two teams in this Competition, the teams will be of equal strength. Only 12 players will be selected in each team. This is a ‘trade off’ between two less players having the opportunity of selection and greater participation for the 24 selected players. Otherwise, the minimum participation in LL Championships is one ‘At Bat’ and one Fielding Innings. There is no use thinking that this won’t happen to your child because it most probably will.

Date of State Championship is 16th to 19th April, 2020 at Aquatic Reserve, French’s Forest. Cost is estimated at $120. There is no National LL Championship for this age

Players who unsuccessfully trialled for LL Representative team are eligible for Selection. 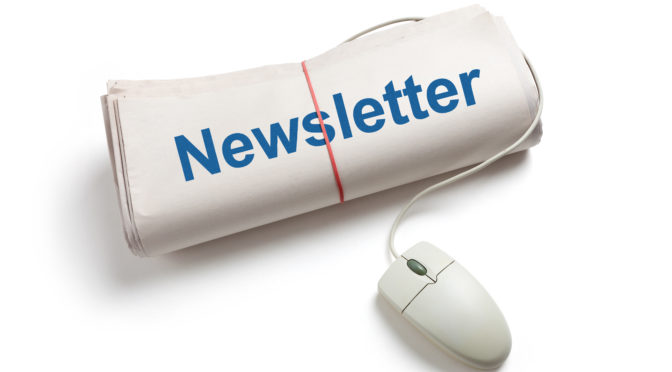 The Knights newsletter for the summer 2018/19 season is now available here.

Most of us, not all, but most, hope our children will achieve something special with what they’re doing. That something special is of course relative depending on the vision (or blindness) of the parent. But generally, if our child wants to do something or is willing to make more of an effort at a sport, school, or whatever, then as parents we see it as our role to facilitate and hopefully accelerate that achievement.

I was speaking with a dad of a ten year old football player and he (in the past to now) tells me how talented his son is at the game: his skill to beat a player one on one; his passing game; his ability to read what’s going on in the field… is better than most. Wow, I’m thinking, this kids going to go somewhere.

But here’s the thing, the kid doesn’t want to go somewhere, and it frustrates the hell out of the dad.

This lad is a good kid, a smart kid, a kid with lots of friends, but he doesn’t share his father’s dreams and competitive spirit in this chosen sport. He has chosen to want to always improve but he wants to play football with his friends; the social aspect of the game is more important and he has told his dad this; and to the dad’s credit he has accepted this.

Yet, an interesting thing the dad brought up with me was that his son hates the physical part of the game: being tackled and making a tackle. He loves dribbling and passing and scoring goals, but he tends away from the rough stuff. This was a new revelation and I thought this might have something to do with the son not aspiring to greater heights—can I stress again, might.

We can really only make assessments of them by their actions and not by what they’re saying.

Like the perfectionist who must resolve to live a life of frustration, the competitive parent lives in hope over another it can’t control. I’m yet to meet a parent of an accomplished athlete who claims their child wouldn’t be where they are if it wasn’t for them.

An accomplished athlete has made it because they wanted it for themselves.

All of us competitive parents want it for ourselves as well. Yes, we will swear it’s for our young athletes and them alone. But we have a lot riding on them. We are probably more proud and elated than our child when they do something remarkable. We are probably more disappointed and angry at times than them when they fail or make mistakes. Let’s not fool ourselves; our egos are sensitive and very much vested in our child’s competition. But don’t worry, it’s natural, you are no different to anyone else. We’ve just got to learn how to handle the panic, the frustration and the stress of being that competitive beast.

Firstly, we must realise this competitive feeling, along with all its good and bad attributes is not going to go away. It’s with you for life. You may as well smile and accept it, and realise it is a good thing. I’ve seen a few parents turn up to games to watch their child and not care less and show no interest at all. But they’re a rare beast and we won’t focus on them. The ‘who cares’ spirit is also a disappointment to their child.

Secondly, our competitive spirit only increases the older our kids get, with the ever increasing competition they face to make it into teams and to perform on the field. It doesn’t get any easier. It’s even worse for us if our young athletes start waning in their interest to perform or train. The moment we have to push them to either get to games on time or to train extra, we know, deep down, that our kid hasn’t got what it takes to get to the top.

Heaven forbid, we will ever admit this. We hope our will and determination can make up for our child’s lack of intensity and zeal. I hope for your child’s sake and your sake your child does capture your vision again and make it their vision, but it’s highly unlikely, and next to impossible to accept.

The child has subconsciously seen their limit and has settled for something short of what you had hoped for.

We can now finger point and blame, and make excuses for our child’s lack of drive to get to the top; but it is what it is, your child has spoken through their actions. At this point, try to find peace, and try to find the enjoyment at what your child has learnt through youth sports and what they’ll continue to get out of it.

Thirdly, most of us don’t realise what gushes from our mouths when we’re caught up in the middle of competition. I’m still astounded what happens to some men and women when they cross that white line in a sport and they become a totally different species. Most of the time they don’t even realise the metamorphous that has just taken place.

But each one of us expresses ourselves differently when competing. We all reveal something about ourselves when watching our kids play. And when we see someone competing on the sidelines in a questionable manner we will cast judgment on them, and it’s time to compete against them in our own way.

Bottom line, there is no panacea to fix our competitive spirit. My only thought is to have self-inflicted surgery the same way we desex cats and dogs, but that isn’t about to happen, is it. By the way, I’m joking.

But what we have as human beings is the potential ability to show self-control; to be able to reason; and to contemplate the future of what is best for your relationship between you and your young star. I know this is frustrating and creates much anxiety.  And I know you think you can make the difference… and Lord forbid you ever think of becoming like the actor who played Tonya Harding’s mother in the movie, “I Tonya”.

Parents please compete; please show your child you’re their number one fan; please show them you’re on their side with all your love whether they win or lose, pass or fail, which I’m sure you do already. Just know this: your child will imitate your behavior, and by your behavior, you will either draw them nearer to you or push them further from you. There is no neutrality here.

In the end, however, what you may want, they may not want. To the reasoning parent, this should bring a bit of balance to our natural competitive spirit. 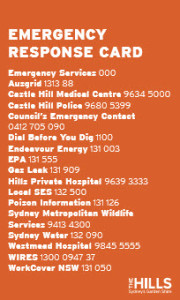